The history of Bundi excites one’s imagination to the limits, transporting you in the blink of an eye to an era where warriors were venerated, kings fought off invaders, the Gods would appear in front of devotees, massive forts would keep opponents at bay and the queens would commission the construction of ephemeral gardens that would captivate one and all. The historical monuments of Bundi are a testament to the valor of bygone Rajput kings and the legacy they left behind, which inspires awe to this day. The place is a cornucopia of forts, temples, step wells and gardens, all jostling for your attention. 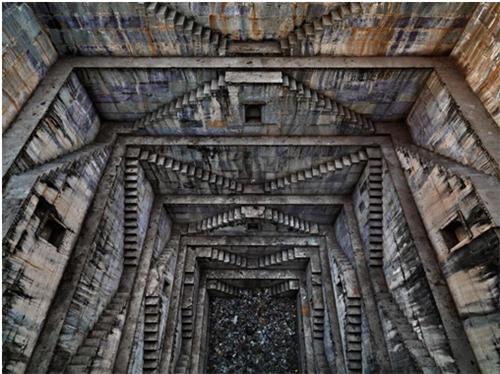 A Baori is a stepwell, consisting of a series of stairs built against steep walls that crisscross them on their way to the bottom or lead straight down as single flight of stairs, in the middle of which is a well or a water tank. The most fascinating of such stepwells in Bundi is the Raniji ki Baori, also known as the most famous stepwell in the entire Asian continent. This Baori was constructed by Rani Nathawati, wife of Rao Raja Anirudha Singh. Surrounding the Baori on all sides is a lush expanse of garden that makes it all the more enthralling to visit. You can find intricate carvings of water gods on the walls and Jharokhas (windows). This monument in Rajasthan is maintained by the Archeological Survey of India.

This is another architectural marvel that was built with the objective of providing a source of potable water to nearby citizens at the time of its construction. Situated near the Chougan Gate, this twin set of wells is surrounded by a number of marble cenotaphs, the columns of which display carvings of an extraordinary nature. You can also find idols of Gajalakshmi, Saraswati and Lord Ganesha in the precincts. 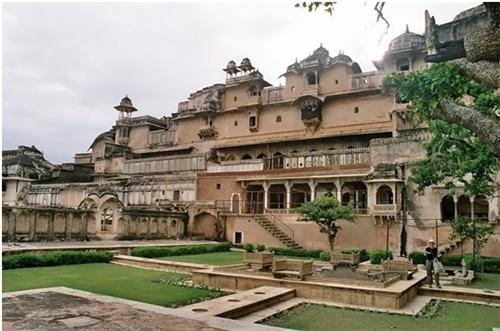 Referred by famed author Rudyard Kipling as ‘the work of goblins more than the work of men’, this titanic structure, one of the largest forts in Bundi, is truly a sight to behold, a fitting tribute to the indomitable spirit of the Rajput warrior. The fort was constructed by Rao Raja Bar Singh atop a 500 foot high hill, a marvel of strategic positioning and martial skill manifested. Cloistered within are a panoply of structures, including a huge water tank, Hathi Pol, Nau Dhaan, Hazaari Darwaza, Ratan Niwas, Dari Khana, watchtowers such as the Bhim Burj, parapets, palisades, observation windows and smaller palaces such as the Chhatra Mahal and the Badal Mahal.

Within the Chhatra Mahal one can find the famed Bundi Kalam miniature paintings showcased in all their resplendent glory. The Chitrashala is a kind of display area with open Verandahs with the crème de la crème of Bundi paintings, frescoes and friezes depicting life in the fort, dancing courtesans and the famous Raas Leela of Lord Krishna, among other popular themes.

Another architectural contribution to the rich cultural heritage of Bundi by Rao Raja Anirudh Singh, The 84 pillar cenotaph was built in the memory of his brother Deva Gurjar. The cenotaph is built on a high platform, and all around one can see depictions of various animals, gods and goddesses embossed on stone columns. 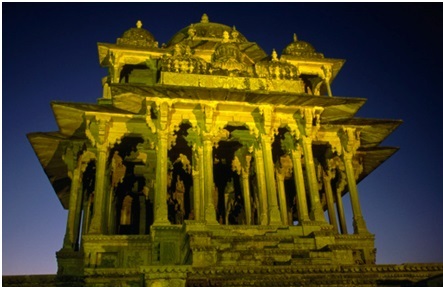 Near the east gate, you will see the Sukh Mahal reflected in the clear surface of the four kilometre long Jait Sagar Lake. There is a terrace garden there, as is the Meera Baba Sahab Dargah. The Mahal was built by Rao Raja Vishnu Singh in 1773, and its walls are a lovely butterscotch colour.

Dhabhai Kund is the largest among the various step wells dotting the city, an example of superb water management during times of drought and extreme scarcity.