* In case of any delay in receiving the OTP, you may verify it later. Please proceed without verification.

Also known as Bundi Palace, Garh Palace is a popular tourist attraction that one must visit while in Bundi. Nestled on a hill adjoining the famous Taragarh Fort, Garh Palace serves as the royal residence of the present king of Bundi. It is a cluster of numerous palaces that were built over a period of several centuries by the various rulers of Bundi. 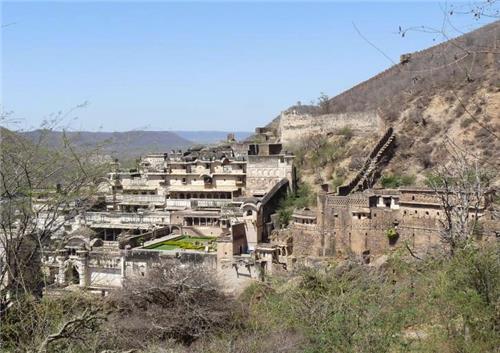 Garh Palace is also known as a palace that resembles a fort because of the huge wall surrounding it. Built during the 17th and 18th centuries, the construction of Garh Palace was sanctioned by Rao Balwant Singh in the year 1580.

Structure and Architecture of Garh Palace

The palace is known for its beautiful Rajputana style of architecture, which can be easily seen from its several pillars and Jharokhas. The entrance to the palace is through a large gateway, which is carved with two huge elephants on either side of the gate, known as Hathi Pol, meaning Elephant Gateway. 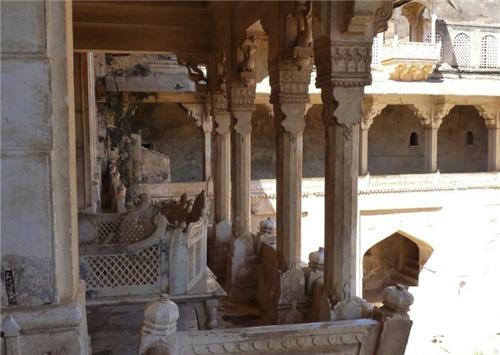 As soon as you enter the palace, visitors encounter the Diwan-E-Am or Ratan Daulat, also known as the royal court, which was used for coronation ceremonies. It is made completely out of pure white marble and is definitely worth a visit. Ratan Daulat or the royal court was built by Rao Raja Ratan Singh between the period of 1607 and 1631 and has enough stables to accommodate nine elephants and horses for parking the mounts of the several royalties attending the court. 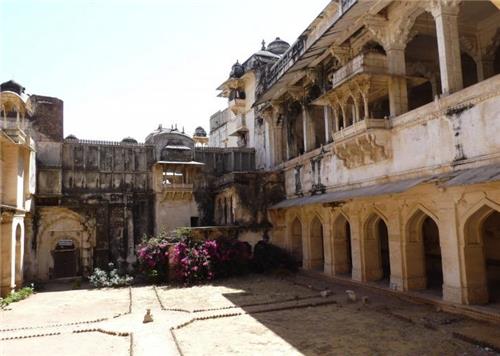 Then there is also the Buland Darwaza or the Great Gate, which is located at the foothills of the palace. Beyond the Great Gate, one can find the tomb of eminent Miran Hussain, which is surrounded by a grand 65 feet high and 16 feet wide gateway made out of red sandstone. However, eventually this gateway was painted white a few years after it was built. This mausoleum consists of two Chattri’s (Umbrella) and huge arches, showcasing different verses from the Koran. 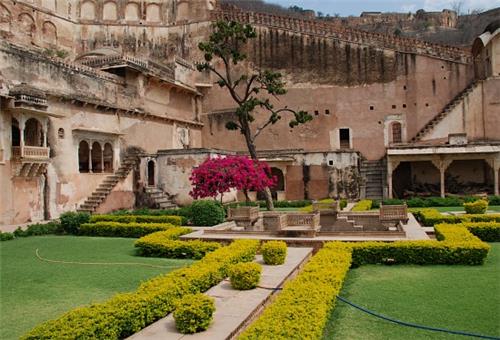 Chattar Mahal is another beautiful palace within the premises of Garh Palace. It was built in 1660 by Chattar Sal, a Mughal loyalist and the only Rajput to hold such a powerful position in the office of Governor of Delhi. However, despite being loyal to the Mughals, Chattar Sal constructed this palace according to the Rajput architecture, with pavilions, elephant carvings and curved roofs, to signify his independence. This palace was made using stone that was available in one of the quarries of Bundi and also consists of several gold leaves, jewels and precious murals depicting Hindu deities, wild animals and the Maharaja’s Durbar.

West of Chattar Mahal is the Hathi Sala or Elephant Hall, which is known for its several columns with a carved elephant. This hall leads into the private and residential chambers of Chattar Sal, which are decorated with several beautiful elephant shaped patterns and pillars. There are also two small rooms towards the end of the hall, which are adorned with numerous murals depicting the life of Bundi’s locals during the 17th century. 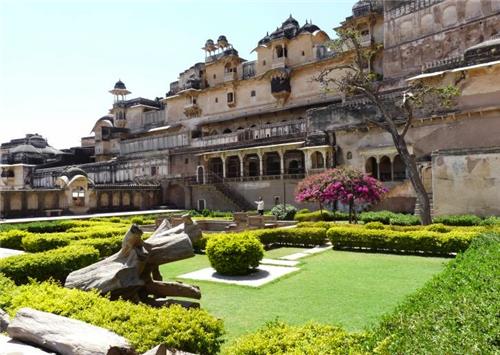 Other important pavilions and palaces in Garh Palace include Badal Mahal, also known as the Palace of the Clouds, Naubat Khana, Moti Mahal (The Palace of Pearls), Phool Mahal (The Palace of Flowers), Hazari Pol (Gateway of the Thousand) and Sheesh Mahal (Palace of Mirrors). Even though entry to these palaces is not open to the visitors, prior permission can be taken from the secretary at Moti Mahal.

The only part of Garh Palace that is open for the tourists is Chitrashala or the Palace of Paintings. It was constructed during the 18th century by Rao Raja Umaid Singh and houses several paintings and murals depicting scenes from the reign of Raja Umed Singh and Raja Bishan Singh. It is located just above the entrance gate of Garh Palace and the entry fee of this palace is included in the admission price. 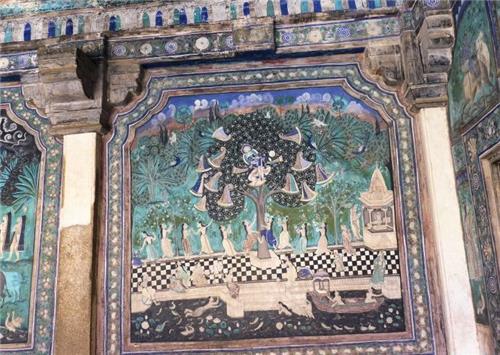 Chitrashala or Ummed Mahal is also home to several beautiful paintings and murals, each depicting vibrant battle scenes, delightful pastorals, royal processions, hunting scenes, maidens longing for their missing lovers, activities held during court sessions and romantic escapades of Lord Krishna. One can find mostly turquoise and green colors dominating the paintings over here with a few shades of yellow and terracotta. This section of Garh Palace has been taken over the archeology department of the state of Rajasthan and several guided tours are also available in Bundi for this palace. 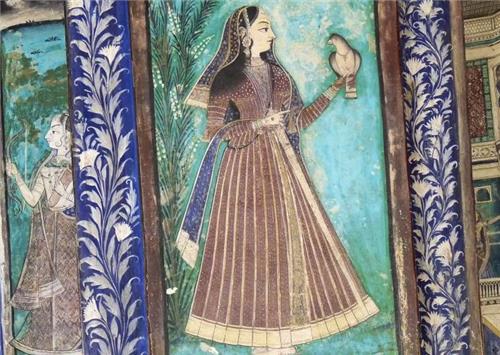 The majestic splendor and grandeur of Garh Palace leaves one completely speechless and takes you back in time during the era of valor and bravery of the Rajputs. The entire complex looks completely breathtaking from a distance, especially at night when it is illuminated with bright and colorful lights.

The palace is open to visitors on all days between 8 am and 5 pm. The entry fee for Indians is Rs. 10 and Rs. 50 for foreigners. For photography and videos, the palace charges the visitors an extra Rs. 50 for still photographs and Rs. 100 for video cameras.

The best time to visit Garh Palace is between the months of October and February, when the weather over here is quite pleasant. Nevertheless, one can also plan a trip during the months of July and August, which is when the famous Kali Teej festival is held over here.

How to Reach Garh Palace

The palace can be easily reached from the center of the city via a bus, rickshaw or a taxi. Alternatively, one can also rent a car and drive down to the palace. The nearest railway station is Bundi Railway Station, which is located about 9 kilometers from the palace and the nearest airport is Jaipur Airport, about 200 kilometers, which is well connected with all the major cities of the country.