The Rajasthanis believe in the adage ‘Atithi Devo Bhavah’, meaning that guests are no less then God himself. This stems from the ancient Hindu belief of God being present in every speck of this universe and the fact that the Almighty may visit us any day to give us a chance to serve him.  In line with this belief system, they prepare a sumptuous meal for guests, as nothing gives them more satisfaction than a content traveler with a full belly. The cuisine and local fare are an important aspect of the tourism of any region in Rajasthan, Bundi notwithstanding. Surely enough, the food of Bundi provides no less than a celestial journey for the taste buds to revel in, with wholesome breads, exotic spices, lentils and sweetmeats thrown into the mix. Here’s delectable list of cuisine native to Bundi.

Apart from the traditional Rajasthani spread involving dishes such Daal Baati, Moong Dal and Choorma, the cuisine of Bundi includes dishes exclusive to the Hadoti region. Principal ingredients include cereals such as Wheat, Bajra and Jowar; Besan, lentils, Ghee (clarified butter) and spices such as cilantro and cumin seeds. 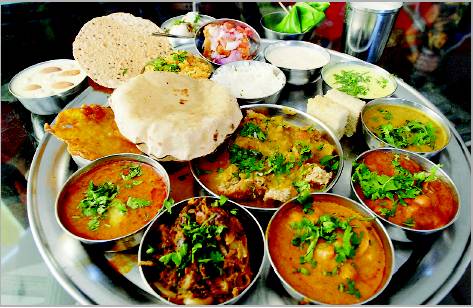 Laapsi
Laapsi is a sweet dish which looks a lot like Sooji (semolina) Halwa when prepared. It is made of wheat, ghee, cashews and raisins. It is also referred to as Shira.

Ghooghri
The Ghooghri recipe is easy, and hence used a lot as part of a traditional meal. It is made by pounding wheat into powder and mixing it with lentils such as Chana.

Dhungari Hui Chaach
Dhungari hui Chaach is lightly spiced buttermilk that is supposed to be an excellent means of keeping the stomach cool during the scorching hot Rajasthani summers. 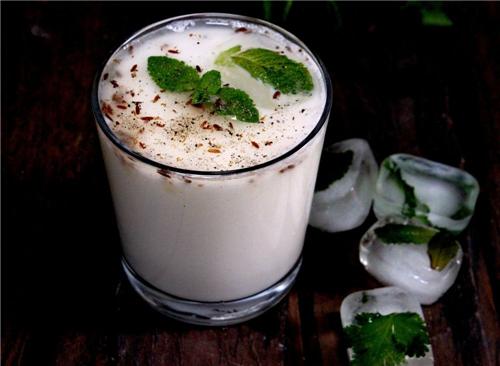 Bail-Gatte ki Subzi
Gatte ki Subzi is a dish which is an integral part of most Rajasthani Thalis, but here it is made with a slight twist. Though the staple ingredients such as Besan (gram flour), coriander, ghee and turmeric are added, some other spices are also put in for a flavourful twist.

Chaavdi
Chaavdi is another very delectable subzi that is especially popular for its unique taste and wholesome mix of condiments that are sure to satiate your gastronomic urges.

Nukti
This one’s right out of a child’s fantasy dreams about food. Nukti consists of small coloured pieces of Besan dipped in sugar syrup and dried. Just imagine as it melts in your mouth and the caramelish aftertaste that follows!