If you love to see expanses of verdant greenery, revel in the old world charm of historic locations, love elephant rides and lust after street food, then you will the tourist places in Bundi beguiling yet enthralling! Take at least three to four days off of your hectic schedule to take in Bundi sightseeing in its entirety. Watch in wonder as you find a surprise waiting for you at every avenue, street corner and village square. 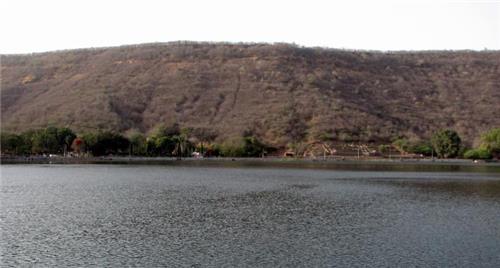 Nestled amidst the gently sloping hills of the Aravalli range, the Jait Sagar Lake, with its serene waters, is popular for the lotuses that can be seen crowding the surface near the banks. It has been cloistered by indomitable walls and an imposing gateway that frame its lovely expanse.

The water body which you see in most of the photographs of Taragarh fort is the Nawal Sagar Lake. It has a greenish tinge from the fungi that populate its waters. Rising from its middle is a picturesque shrine dedicated to Varuna, Hindu god of the winds. 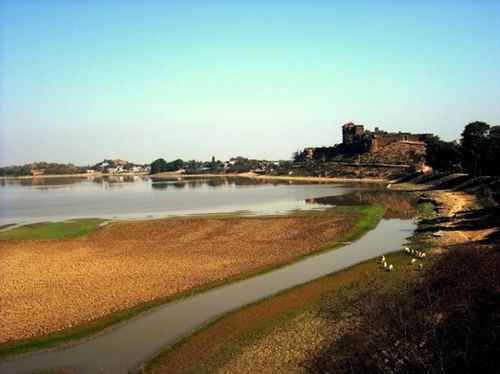 The Kanak Sagar Dugari area is the only  one of its kind among the places to see in Bundi. It is home to the Dugari Bagh, an emerald green expanse of landscaped garden that is known for Chandan (sandalwood trees), one of the few locations in North India where these trees grow.

These two locations, along with Dugari, are extremely popular with bird watchers and ornithologists alike, who come in droves every year to witness rare migratory birds at play, such as the cormorant and the egret. Talwaas is one of the prominent wetlands of Rajasthan state.

The Phool Sagar Lake is another timeless jewel in Bundi’s list of popular water bodies. Right on its banks, as if made there as a manifestation of an artist’s dream, stands the Phool Sagar Palace. It is the official residence of the sovereign ruler of the surviving royal dynasty of Bundi.

This superb example of Rajasthani architecture has just recently opened its doors to the countrymen and foreigners alike. It is maintained under the aegis of the Royal family itself. The museum is a testament to the more than half a millennium old rich cultural heritage of Bundi, the Queen of Hadoti. While on a tour of the museum, you can expect to find artifacts, weapons, souvenirs and other implements of yore, animals killed during hunts and stuffed by expert taxidermists, ornaments, handicrafts and coins.